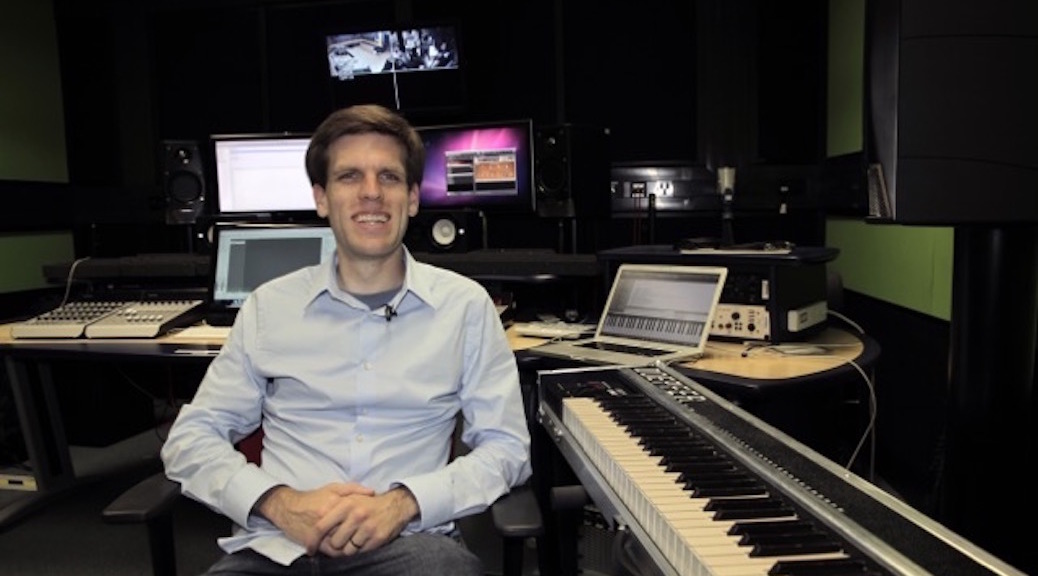 Andrew McPherson, Associate Professor in the Centre for Digital Music (C4DM) at Queen Mary University of London is going to visit us for lectures and workshops from April 26-28, 2017.

This event is the fourth issue of the Distinguished Talks series at the Institute for Music Informatics and Musicology of the Hochschule für Musik, Karlsruhe.

Andrew McPherson is Reader (Associate Professor) in the Centre for Digital Music at Queen Mary University of London. With a background in electrical engineering and music, his research focuses on augmented acoustic instruments, new performance interfaces, and study of performer-instrument interaction. He did his undergraduate and masters work at MIT, completing his M.Eng. thesis in Barry Vercoe’s group at the MIT Media Lab. He completed his PhD in music composition in 2009 at the University of Pennsylvania. Before joining Queen Mary in 2011, he spent two years as a post-doctoral researcher in the Music Entertainment Technology Laboratory (MET-lab) at Drexel University.

At QMUL, he leads the Augmented Instruments Lab, a research team within the Centre for Digital Music. He is the creator of the magnetic resonator piano, an augmented acoustic piano which has been used in pieces by over a dozen composers, including a collaboration with the London Chamber Orchestra, and his TouchKeys multi-touch keyboard was featured in a successful Kickstarter campaign in 2013. In 2016, his lab launched Bela, an open-source embedded platform for ultra-low-latency audio and sensor processing. Following a successful Kickstarter campaign, Bela is now available to the public with a growing community of makers, artists and engineers. More information on his research can be found at http://www.eecs.qmul.ac.uk/~andrewm

Computing has transformed the production, distribution and consumption of music, and many excellent digital musical instruments have been created. At the same time, traditional acoustic instruments remain ubiquitous in many styles of music.

This talk will discuss augmented instruments, which are traditional instruments whose capabilities have been extended with technology. The talk explores instrument augmentation not just as a technical challenge, but as an approach to extending the virtuosity of trained performers.

I will present two examples of augmented keyboard instruments: the Magnetic Resonator Piano, which uses electromagnets inside an acoustic grand piano to induce vibrations in the strings, allowing the player to continuously shape each note; and TouchKeys, a keyboard integrating multi-touch sensing onto the surface of each key, enabling the player to add vibrato, pitch bends, timbre changes and other techniques by moving the fingers on the key surfaces. The talk will conclude with a set of design suggestions for augmentation techniques which extend and repurpose the experience of trained performers. The talk will be followed by an interactive demo.

An overview of my recent work with electronics, demonstrating how tools have been adapted and refined to meet specific musical goals. We will investigate pre-compositional planning (from OpenMusic to the bach library), a musical interface for sound manipulation (Synchronizer), concatenative synthesis (CataRT tools), and approaches to spatialization (Spat and OMPrisma), culminating with a glimpes of all of these components in Spinning in Infinity for orchestra and electronics (2015).

This workshop will focus on performance and improvisation using TouchKeys, a multi-touch sensor kit which installs on the surface of the piano keyboard to measure the location of the player’s fingers. TouchKeys can be used to intuitive add vibrato, pitch bends, timbre changes and other techniques just by moving the fingers on the key surfaces. The workshop will explore TouchKeys on a Disklavier acoustic grand piano featuring the Magnetic Resonator Piano, a set of electromagnetic actuators which induce vibrations in the strings independently of the hammers. http://www.eecs.qmul.ac.uk/~andrewm/mrp.html, http://touchkeys.co.uk

NB: Talks and Workshops will be held in English.

Lecture and Demo/Improvisation open to the public. Registration for workshops is required: schumacher@hfm-karlsruhe.eu