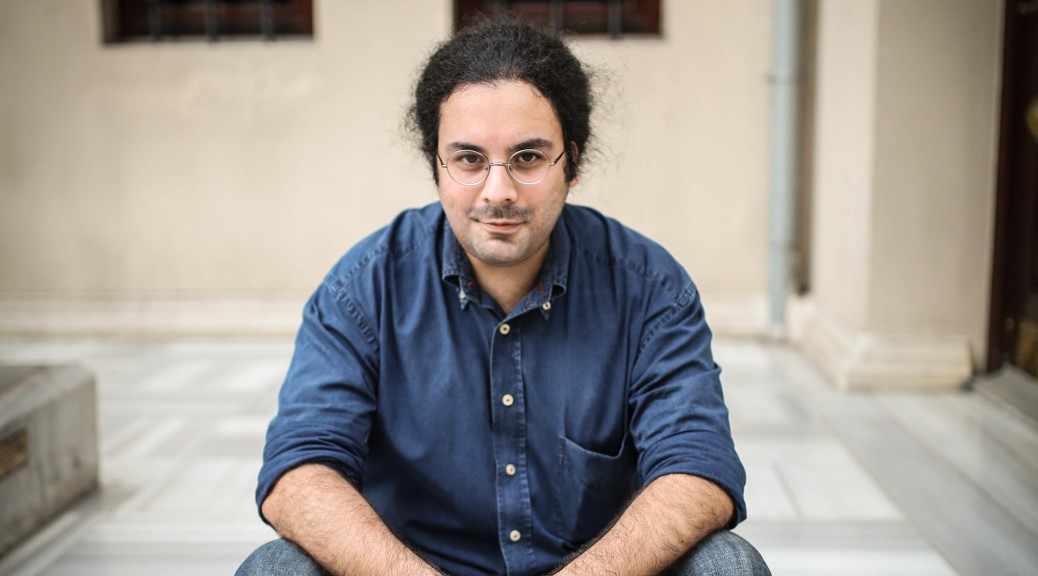 Dr Turgut Erçetin is going to visit us for talks and workshop on  music/architectural acoustics and the role of algorithms and computation in his compositional processes.

This event is the 5th issue of the Distinguished Talks series at the Institute for Music Informatics and Musicology of the Hochschule für Musik, Karlsruhe.

A native of Istanbul, Dr. Turgut Erçetin studied composition and completed his doctoral studies at Stanford University. Erçetin’s current works engage with issues of sound, not as colors but as sonic entities that are perceived at various degrees of complexities as a result of dynamics unfolding as a function of time and space. Most of his works, therefore, are involved with acoustics and psychoacoustics as well as computer aided compositional process. His solo, chamber and electro-acoustic works have been performed throughout the US and Europe with notable performances given at Ultraschall Festival, MaerzMusik Festival, Gaudeamus Festival, Manifeste, and many others. His music has been championed by pioneering ensembles such as The Arditti Quartet, JACK Quartet, ELISION Ensemble, Neue Vocalsolisten Stuttgart, Ensemble Mosaik and Ensemblekollektiv Berlin. In 2016, he was awarded with the prestigious Berliner Künstlerprogramm of DAAD for a yearlong residency in Berlin. Since then he is based in Berlin. As a researcher, Erçetin has taken part in many research projects, the focus of which lies on musical and architectural acoustics. As a lecturer, Erçetin has given numerous talks on his music and the research projects he has conducted, at academic institutions such as et Kongelige Danske Musikkonservatorium, Institut für Neue Musik HfMT Köln, Technische Universität Berlin, Royal Conservatory The Hague and IEM Graz. His compositions are published by Edition Gravis in Berlin.

Scholarly written works published by art historians such as Prof. Bissera Pencheva show that Byzantium polyphonic chanting was dependent on space to determine its temporal and phrasing aspects as well as the pitch content in subtle ways. Accordingly, the architectural acoustics of Hagia Sophia played a significant role in developing this ancient polyphonic singing tradition. With the recent acoustics research conducted by myself together with Prof. Jonathan Abel of CCRMA, another aspect regarding the acoustics of the church was revealed: it is understood that the reflections coming from the dome and the colonnades are diffused in such a way that the listeners perceive the singing not coming from their natural sources but from the ‘above’, from the dome. Such modulation in perceived echo density created a ‘heavenly’ aural experience for the ancient rituals. Accordingly, it is no coincidence that the naos of Hagia Sophia is centralized and crowned by the dome unlike the basilicas and their dominant longitudinal axis from the same period of time. With the data inferred from this research, a large-scale choral piece with 3D auralization will be composed.

This Lecture aims to provide a detailed overview concerning the abovementioned research as well as the challenges pertaining to the planned auralization process. This talk will survey the spatial properties that are akin to the acoustics of Hagia Sophia, and discuss what kind of strategies have been developed to extend the resolution of the auralization process.

Engaging with acoustics and psychoacoustics in the context of a musical work, which deals with complex formal networks, necessitates fine-tuned computation – therefore the use of computer. This seminar will survey the ways in which I address to various pre-compositional phases by giving a close reading to the algorithmic processes and analyses used in my former works, String Quartet No.2 and Resonances (b).

Im Keller is a work that was composed in 2016. The focus of the musical discourse in Im Keller lies on constituting simultaneous virtual spaces, of which the spatial properties are in constant with each other. The composition consists of two vocal seeds (groups) with independent formal and sonic- temporal entities that yield a compound formal network for the macro-level. Simultaneously constructed virtual spaces are formulated in such a way that they increase the resolution of the characteristics pertaining to these entities, thus to the seeds. The performance space is virtually divided into two, where each half is used to construct a unique virtual space by means of live processing. The audience is accordingly asked to sit inside one of these spaces, in which they face against the audience group sitting in the other space. The piece is performed twice as the audience is invited to change spaces with each performance. The seeds, namely the female duo and the male quartet, can be conceived as stand-alone discourses and the pertaining parts can be performed separately.

The premiere of the piece took place in St. Elizabeth-Kirche in Berlin on September 4, 2016. In order to offer a fine-tuned realization of the discourse, acoustic measurements (i.e., arrival points of specular reflections, early decay-time, definition, clarity etc.) pertaining to the church are modeled.

This lecture will survey the spatial properties that are akin to the inner acoustics of St. Elizabeth- Kirche, and the issues pertaining to the simultaneous virtual spaces constructed in reverberant spaces as such. Furthermore, the lecture will discuss the ways in which the spatial auditory displays are incorporated in order to accommodate perceptual access points for the complex formal networks.